Develop for iOS or Android first?

In response the an Article by Cennydd; Why don’t designers take Android seriously. We look at the iOS or Android discussion from our perspective, having worked on several apps now that span both platforms.

Cennydd raises some good points in his article about Android being the bigger market and being ignored as a platform to develop on first, and they’re all completely valid. It’s also important for such pieces to be published and shared with relative frequency to keep the discussion fresh and front of mind. However I believe we live in a world where people making apps (that people care about) already know all of this; it’s not news. 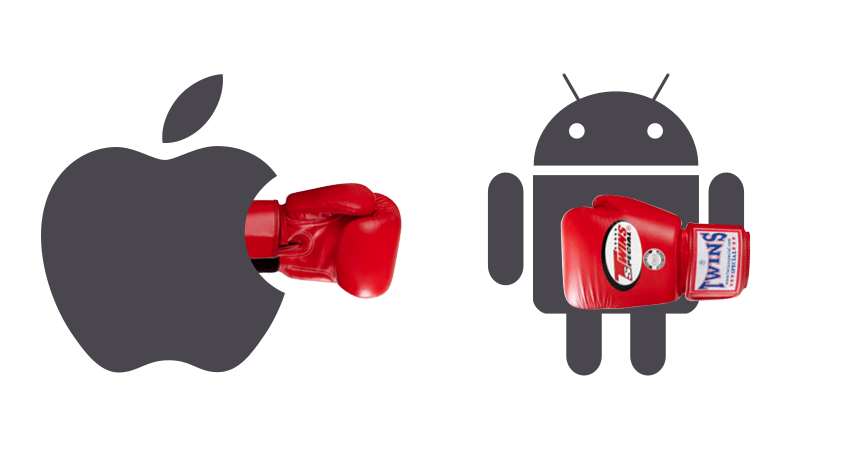 The reason businesses ((I would also like to note when Cennydd talks about designers we hope he means the businesses making decisions to build the apps, rather the individual designers who rarely have any say in the matter.)) make the decision to develop for iOS first is a capitalist one. Businesses, especially small new businesses, need to make important decisions when first developing an app, one of the most pertinent of which is what platform to develop for first. Very few businesses can afford to design and develop both iOS and Android at the same time and frankly even if they could afford it they should not, particularly for the first release.

Developing apps is complicated and best laid plans always evolve during such projects, especially if taking a more agile approach. It takes the production process of one app to make all the relevant design, UX and technical decisions to have a well functioning, usable and stable app, if you’re doing this on two platforms simultaneously then you are doubling the cost of this discovery process. Only once one of the apps is near complete does it make sense to start the second. At which point the second app development time is lessened due to the vast majority of issues being resolved.

Then there is the cost. In our experience you cannot develop a well formed, functional app for a small amount if money. Even something that seems relatively simple to a user (or client) may take a large sum of money to get a single version to market, and perhaps 60% of the initial app cost to then replicate in the second platform.

So it becomes a choice of which first. Put simply it’s usually iOS first because iOS users are generally shown to:

Also iOS apps are generally considered slightly easier to build the UI to a higher standard, mostly due to standardisation of screen sizes and a greater amount of processing power in the active handset base. Also developers can rely more heavily on the newest features available in the more modern versions of the OS without worrying too much about their audience not having a version they support. A developer can happily only support iOS7 today and be assured it won’t affect their downloads very much. The same cannot be said of Android because of the relationship with OEMs.

Of all the apps we’ve designed to date, every client has decided to go iOS first and Android second. I believe in at least one of these examples we recommended that Android first was the better choice for the user base, but they still went with iOS.

Despite everything that has been said above I still believe there are situations where Android first makes sense today, but it is the minority and there is good reason. The choice has become increasingly less-straightforward to make and that line is moving. However I believe Android will never be the obvious first choice until google take a more Apple like stance with their OS and rein in control more.

An interesting perspective from Dave Feldman of Emu on their experience of choosing Android first.

Another interesting followup to Cennydd’s article by Jim Edwards who focusses more on some key statistics and takes a deeper look at the socioeconomic side of the argument.

Instagram Launches A Redesigned Android App That’s Faster And Better On More Devices. This is what companies need to do in order to be successful on Android. Instagram likely had a sizeable team working for a large amount of time to rework their app to work on more devices. Something that takes a lot less effort on iOS.